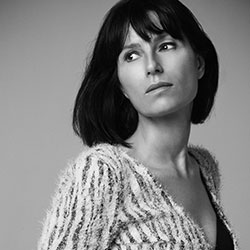 On the back of award-winning shorts such as To Catch a Moment (Bir Anı Yakalamak, 1984), Big Fantasy (Magnafantagna, 1987), Duet (Düet, 1990) and Hotel (Otel, 1992), Ustaoğlu directed her first feature The Trace (İz) in 1994. The film screened at festivals around the world, including Nuremberg, Moscow and Gothenburg, and won Best Film Award at the Istanbul Film Festival. Her 1999 follow-up, Journey to the Sun (Güneşe Yolculuk), earned her Best European Film and Peace Film Awards at the Berlin Film Festival, and further nods at the Istanbul Film Festival for Best Film, Best Director and the People’s Choice, along with the FIPRESCI Prize. After premiering in the Panorama section of the 2005 Berlin Film Festival, Waiting for the Clouds (Bulutları Beklerken) won the Sundance/NHK International Filmmakers Award. Her fourth feature, Pandora’s Box (Pandora’nın Kutusu, 2008), garnered accolades at numerous national and international festivals, among them the Golden Shell for Best Film and Silver Shell for Best Actress (Tsilla Chelton) at the San Sebastian Film Festival. Her next picture, Somewhere in Between (Araf, 2012), which world premiered at Venice, was named Best Film at the Abu Dhabi and Split Film Festivals, while also winning Best Actress at the Moscow, Tokyo and Pune Film Festivals. Her latest film, the internationally award-winning Hesitation (Tereddüt, 2016), had its first showing at the Toronto Film Festival. The narrative drama was later recognized with Best Film, Best Director and Best Actress Awards in the international competition of the Antalya Film Festival, as well as Best Director, Best Actress and Best Music nods at the Istanbul Film Festival. Ustaoğlu is currently working on a new feature, What Remains (Artakalan), which was selected for the Co-production Market at last year’s Berlinale. 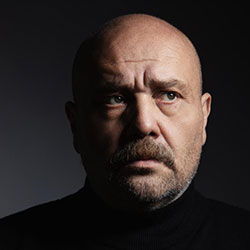 Born in Ankara in 1965, he graduated from the Theater Department of the Ankara State Conservatoire at Hacettepe University. He began acting for the Diyarbakır State Theater in 1989 and remained there until 1993, when he relocated to Germany to work with Roberto Ciulli at the Theater an der Ruhr for a year. After spending 18 years working for the Turkish State Theaters as, variously, an actor, director, artistic director and advisor to the general manager, he resigned in 2006. He has taught at the Ankara University Theater Department and the TRT  Children’s Theater. He is also a published author and writes for a diversity of arts and culture magazines and websites. His screen performances have earned him plentiful accolades including Best Actor Awards at the 2020 Golden Orange Film Festival for Weasel and the 2018 Sadri Alışık Stage and Screen Awards for More.
Azra Deniz Okyay 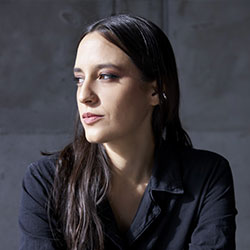 Born in Istanbul, she started taking photographs at the age of 12, became a photographer’s assistant at the age of 14, and began to make short films at the age of 16. While completing a Master’s in Film at the Sorbonne Nouvelle University in Paris, she studied sociology at the prestigious EHESS (School of Advanced Studies in the Social Sciences) as a visiting student, as well as working as a production and post-production assistant at Michel Gondry’s production company, Partizan. Her short films have won awards on the national and international festival circuit and her work as a video artist has been shown at numerous international exhibitions. Her debut feature, Ghosts (Hayaletler), was honored with the Grand Prize at the 2020 Venice Film Festival’s Critics’ Week and five awards at the 2020 Antalya Film Festival, including Best Film and Best Director. The film went on to screen and win further awards at leading international festivals such as Thessaloniki, Warsaw, Karlovy Vary and Stockholm. 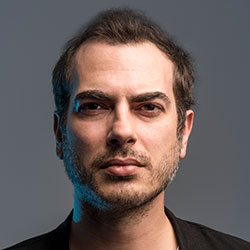 Born in Ankara in 1977, he attended the German High School and went on to graduate from the Philosophy and Psychology Departments of Bosphorus University. To date, he has recorded eight studio albums and given hundreds of concerts with mor ve ötesi, the alternative rock band he co-founded in 1995. The band represented Turkey at the Eurovision Song Contest in 2008 and on May 28, 2022 went down in history as the first Turkish rock band to perform a solo stadium gig. Tekin taught songwriting at the Bilgi University Department of Music from 2011-2013, and served as deputy chair of the music association, MSG, between March 2018 and March 2022. A member of the Socrates magazine advisory board since its launch, he has been part of two  different teams directing DasDas and Babajim Istanbul Studios since 2016. 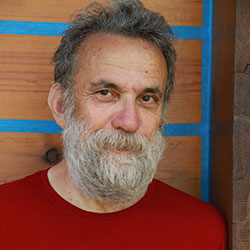 Born in Eskişehir in 1956, he studied Sociology at the Middle East Technical University and has now retired from a professional career as a copywriter for the advertising industry. The author of 16 poetry books and more than 30 prose titles, he has also published a collection of his essays on film. His poetry books have been translated into five languages. He organizes and takes part in classes, workshops, events, and literature and poetry festivals. Over the years, his work has been recognized with the Metin Altıok, Cemal Süreyya, Behçet Necatigil and Golden Orange poetry awards. In 2022, he was presented with an Honorary Award for all of his books at the Vedat Türkali Literature Awards. 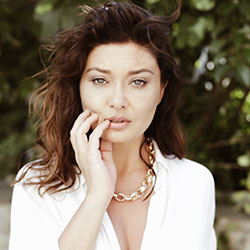 Born in 1976, Nurgül Yeşilçay is a graduate of the Anadolu University Theater Department. She began her acting career in the memorable television series, Second Spring (İkinci Bahar). While still in her 20s, she became one of Turkey’s most successful actors playing the role of Bahar in Ivy Mansion (Asmalı Konak), a drama series that was a ratings phenomenon. Her film career has seen her work with leading directors and her performances have won accolades. She picked up Best Actress Award at the 12th Adana Golden Boll Film Festival for her role in Atıf Yılmaz’s Borrowed Bride (Eğreti Gelin), and Best Actress again at the 45th Antalya Golden Orange Film Festival for her performance in Erden Kıral’s Conscience (Vicdan). In 2007, she walked the red carpet at Cannes after starring in Fatih Akın’s double prize winning film, The Edge of Heaven (Yaşamın Kıyısında). The television series, Magnificent Century: Kösem (Muhteşem Yüzyıl Kösem), in which she played the part of Kösem Sultan, was declared the export champion for Turkish TV dramas in 2017. The series, Broken Pieces (Paramparça) and Gülperi, in which she also starred, achieved similar success on the international market. She has acted in multiple stage productions, most recently appearing in the two-woman play, One Night in a Bar (Bir Gece Bir Barda). Her latest films, Who Is This Family? (Kim Bu Aile?) and Neighborhood Buddies (Mahalleden Arkadaşlar), are due to be released within the next two months. 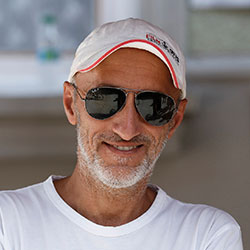 Born in Manisa in 1963, he graduated from the Cinema and Television Department of Mimar Sinan University. He trained as an assistant working with foreign cinematographers on overseas feature film productions shot in Turkey. The short films he directed as a student provided a launchpad into his career in the film and advertising industries. He combined his interest in aviation with filmmaking and, after obtaining a private pilot’s license, took on the aerial photography for numerous local and overseas projects. He has earned cinematographer credits on 17 feature films, as well as scores of commercials and music clips. While still a student, he won a SİYAD (Turkish Film Critics’ Association) and two Golden Orange Awards for Best Cinematography. He currently lectures at the Mimar Sinan University Cinema and Television Center and gives hands-on classes in lighting. He also organizes workshops for the film departments of various universities.