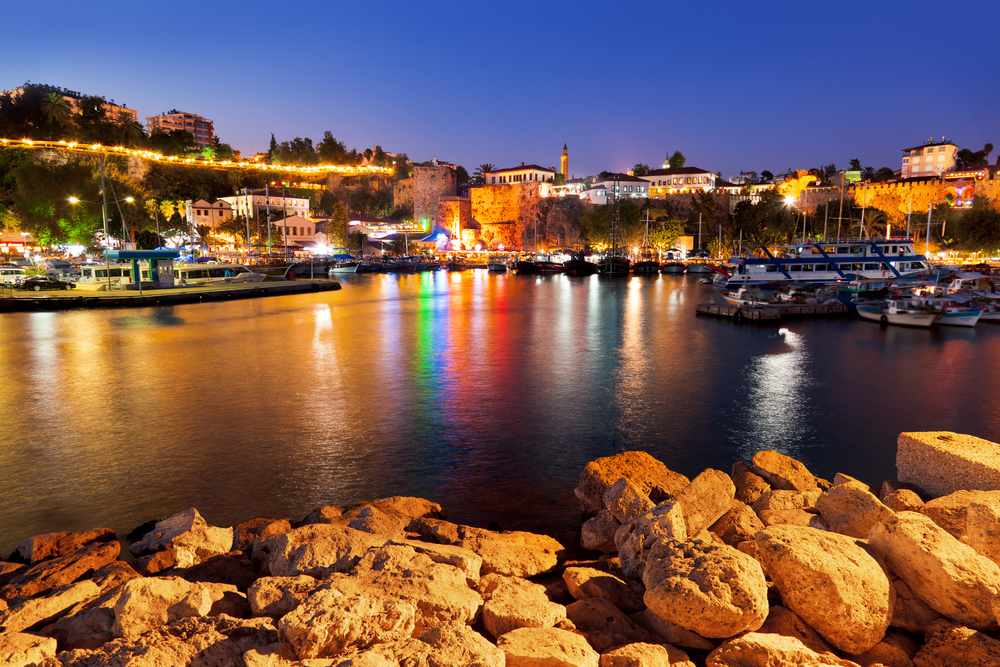 Antalya which means “the home of Attalos” was founded by Attalos II. Following the fall of Kingdom of Pergamon (133 BC), the city was independent for a while but then fell into the hands of pirates. It was later incorporated into the Roman Empire by Commander Servilius Isauricus in 77 BC. In 67 BC, the city then became a naval base for Pompeius. In 130 AD, the visit of Hadrianus provided progress for Attalia city. Attalia which was accepted as the centre of episcopacy during the Byzantine period made a great advancements after possessed by Turks. Since modern city is located on the ancient settlement, the ruins of antiquity can barely be traced. The first one of the ruins that can be seen is the part of harbour pier that indicates the old harbour and the walls surrounding the harbour. Hadrian’s Gate with ongoing restoration works on the other side of the walls is one of the unique ancient monuments of Antalya.

In antiquity, Antalya and its surroundings were known as “Pamphilia” meaning “very productive” and the west side of the city was known as “Lycia”. The people who migrate from the west coasts of Aegean Sea founded the cities like Aspendos, Side in VIII century BC. The King of Pergamon who reigns in II century besieged Side. The King, who could not capture Side, came to a place where now Antalya city centre is located, and founded the city. The city was named after him as Attaleia. In time, people called the city Atalia, Adalya. The name Antalya originated this way.