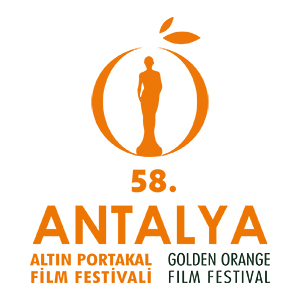 Organised with the support of the Turkish Ministry of Culture and Tourism, and hosted by Antalya Metropolitan Municipality, the 58th edition of Antalya Golden Orange Film Festival will take place between 2-9 October. As the count down to the festival begins, the titles in the National Competition have been announced.

Here are the 10 finalists of the National Feature-Length Film Competition!

The selection committee, consisting of Mehmet Açar, Muammer Brav and Sevin Okyay, has evaluated 44 entries and determined 10 finalists of the National Feature-Length Film Competition. The films that will compete for the Golden Orange award are as follows: “Anatolian Leopard” by Emre Kayiş, “Commitment Hasan” by Semih Kaplanoğlu, “Pure White” by Necip Çağhan Özdemir, “Together We Shall Die” by Hakkı Kurtuluş and Melik Saraçoğlu, “Dialogue” by Ali Tansu Turhan, “Between Two Dawns” by Selman Nacar, “The Cage” by Cemil Ağacıkoğlu, “Kerr” by Tayfun Pirselimoğlu, “Brother’s Keeper” by Ferit Karahan and “Zuhal” by Nazlı Elif Durlu.

Among these titles, “Together We Shall Die”, “Dialogue”, “The Cage” and “Zuhal” will hold their world premiere in Antalya Golden Orange Film Festival. In the festival, debuting filmmakers also qualify for Behlul Dal Award for the Best First Film. In this scope, “Anatolian Leopard”, “Pure White”, “Dialogue”, “Between Two Dawns” and “Zuhal” will compete for the best first film title in the competition.

The National Jury will be announced shortly!

The titles to compete in the National Short Film and National Documentary Film Competition are selected by the Selection Committee, which comprised of Assoc. Prof. Ahmet Gürata, Senem Erdine and Engin Palabıyık. A total of 151 films were evaluated and 12 made it to the competition. The committee selected “Agna” by Mazlum Demir, “Turkish Gothic: Portrait of a Family” by Burcu Uğuz, “Ajotin” by Muhammed Seyyid Yıldız, “The Night Generation” by Yasemin Demirci, “Lakeshore” by Aziz Alaca, “The Second Night” by Ali Tansu Turhan, “Boulder” by Okan Avcı, “Larva” by Volkan Güney Eker, “Rewsen” by Musab Tekin,“I’ll Leave You Two Alone” by Elif Refiğ, “The Cold” by Adar Baran Değer and “Stiletto” by Can Merdan Doğan will be screened in this section.

The National Documentary Competition features the premieres of the best documentaries of the year. A total of 49 films applied this year and 9 were selected. The finalists are as follows: “Bitter Sweet” by Didem Şahin, “All-In” by Volkan Üce, “The Moment Remains” by Ebru Şeremetli, “Expecting A Grain of Sand” by Aslı Akdağ, “EDE A Farewell, A Poverty, A Death” by Ersen Çıra, “Leave the Door Open” by Ümran Safter, “Dependent” by Mehmet Emre Battal, “Unkapani: The Endless Tale” by Tayfun Belet and “Stateless” by Esra Yıldız.

The 58th Antalya Golden Orange Film Festival is chaired by Mayor of Antalya, Muhittin Böcek, and executive directed by Cansel Tuncer, while Ahmet Boyacıoğlu takes on the role of Festival director and Başak Emre of artistic director.

Together, We Shall Die / Hakkı Kurtuluş ve Melik Saraçoğlu