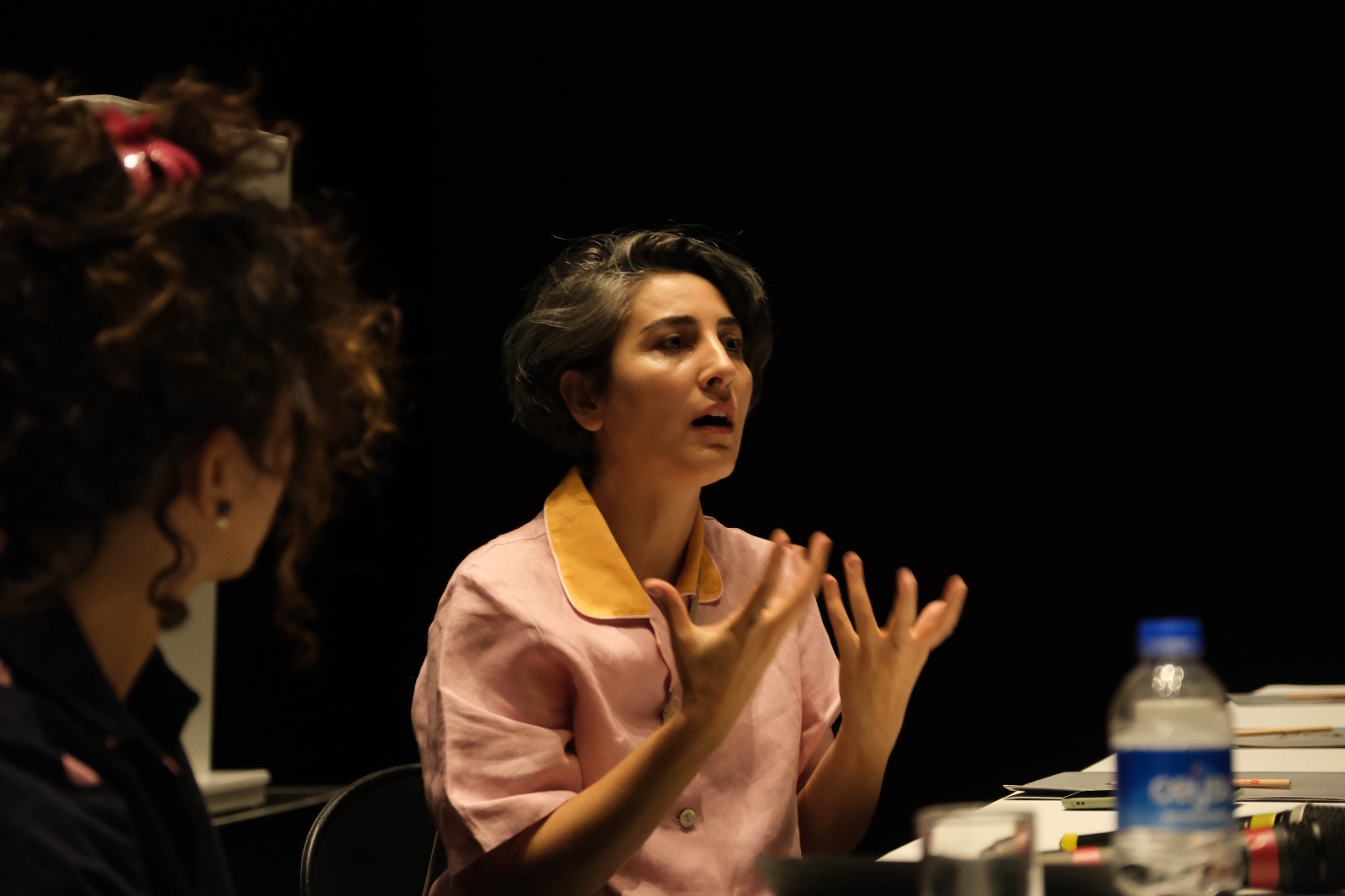 Supported by the Turkish Ministry of Culture and Tourism, the 58th edition of Antalya Golden Orange Film Festival will feature The Golden Orange Film School third time this year between October 3-8. A total of 250 students, who are currently enrolled in the radio, television, cinema, media, and communication departments across universities in Turkey, will join online classes taught by professionals throughout the week. This year, there were 454 applications from 46 cities across Turkey.

This year, the school combines a wide array of lectures, ranging from theory to practice. Beginning with the “How to Read a Film? Workshop” by film scholar Ayşegül Doğan on Monday, the school will continue with a “Visual Storytelling” seminar by the script doctor and academic Gülengül Altıntaş. The next day, film critic and film scholar Aslı Özgen will give a lecture on “A History Rediscovered: Women Film Pioneers,” followed by Ayris Alptekin’s “Editing Workshop.” Finally, producer Dilek Aydın will give a talk on the topic of “Understanding the Creative Production Processes.” In the scope of the school programme, film critic Evrim Kaya will interview the critically acclaimed director and scriptwriter Reha Erdem on his latest feature “Hey There!”

Last year, the Golden Orange Film School featured a series of talks, which was met with huge interest. This year, another impressive series of talks will take place on a wide range of topics, from acting to documentary filmmaking, video art, and spectator cultures. Every afternoon, a talk will be streamed live on the social media channels of the festival.

On 3 October, Sezen Kayhan will interview Azra Deniz Okyay on the story of film production. The talk, titled “How I made my first film,” is especially appealing to young filmmakers planning to embark on their debut projects. On October4, actress Hazal Kaya and director Nisan Dağ will have a chat about director-actor relations in their talk entitled “On Acting.” On October 5, “New Directions in Documentary” will feature up-and-coming documentary filmmakers Deniz Tortum, Ruken Tekeş, Serdar Kökçeoğlu and Zeynep Dadak who have made an impact with their recent work, under the moderation of Engin Palabıyık.

On October 7, Emin Alper and Senem Erdine will be interviewed by Aslı Ildır on “The Cinematheque and Spectator Cultures.” On October 8, Ahmet Gürata will interview Köken Ergun and Zeyno Pekünlü on the use of found footage in documentary filmmaking based on their own creative practices in “Found Footage and Video Practices.”

The talks will be streamed live every day at 14:00 on the youtube channel of the festival to spread the festival vibes across the country.

The Festival collaborates with the Spaces of Culture!

Providing space and funding for cultural projects, realised in the field of visual and performance arts, Spaces of Culture organises trainings and development tracks for art professionals working with local institutions. This year, the festival brings to life a joint project with Spaces of Culture.

In the scope of this project, a total of 15 applicants from Gaziantep, Diyarbakır, İzmir and other neighbouring cities are selected to participate in lectures and meet artists as well as industry professionals. Spaces of Culture training programme will take place between 2-9 October and include online classes as well as screenings.

Alongside of joint events by the Golden Orange Film School and Antalya Film Forum, Tuba Ay will give a lecture on the use of colour in cinema, Şahan Yatarkalkmaz will teach film analysis, and German director Martina Preissner will talk about documentary filmmaking. The networking event on 8 October will bring participants together with documentary and short film professionals.

Spaces of Culture project is led by Goethe-Institut, the Dutch Embassy, Swedish Consulate in Istanbul, and French Cultural Centre with the support of Istanbul Foundation for Arts and Culture (İKSV) and Anadolu Kültür.

The 58th Antalya Golden Orange Film Festival is headed by the Mayor of Antalya Metropolitan Municipality Muhittin Böcek. The administrative director of the festival is Cansel Tuncer, the director Ahmet Boyacıoğlu, and artistic director Başak Emre. The directors of Antalya Film Forum are Müge Özen and Pınar Evrenosoğlu.